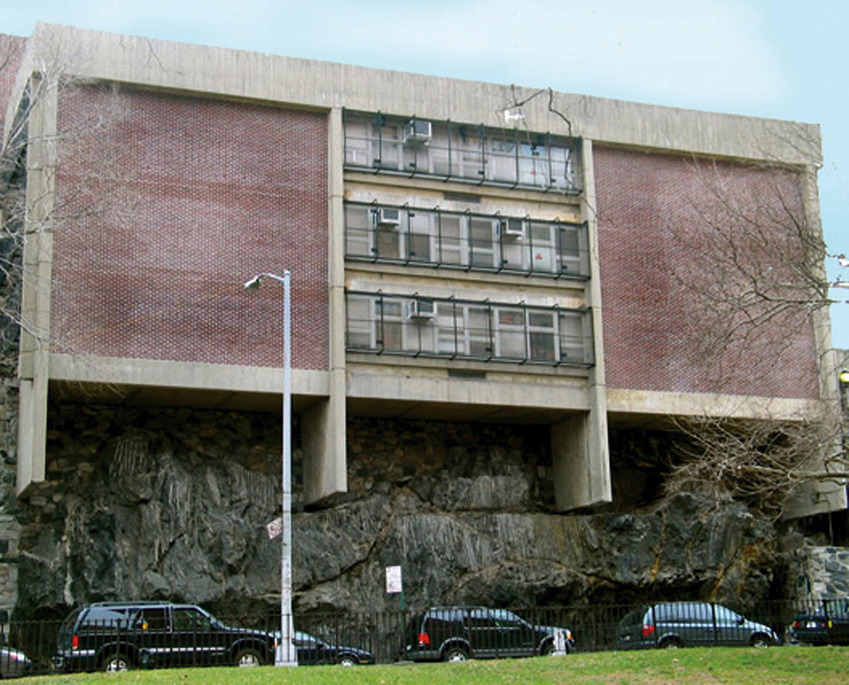 Certain blocks of the 1811 grid retain their rock outcroppings despite having been developed. Built over a schist formation, P.S. 36 stands atop the rock on concrete footings. Completed in 1967 to the designs of Frederick G. Frost, Jr. and Associates, the elementary school consists of four buildings located on the western side of the block on Amsterdam Avenue that is bound by 123rd Street and Morningside Drive. This 1.35-acre site had formerly been a part of Morningside Park, which it adjoins to the east, and thus it was never cleared and leveled. In 1964, over objections that public park space should not be developed in densely populated areas, the land was transferred to the Board of Education to address overcrowding. CY