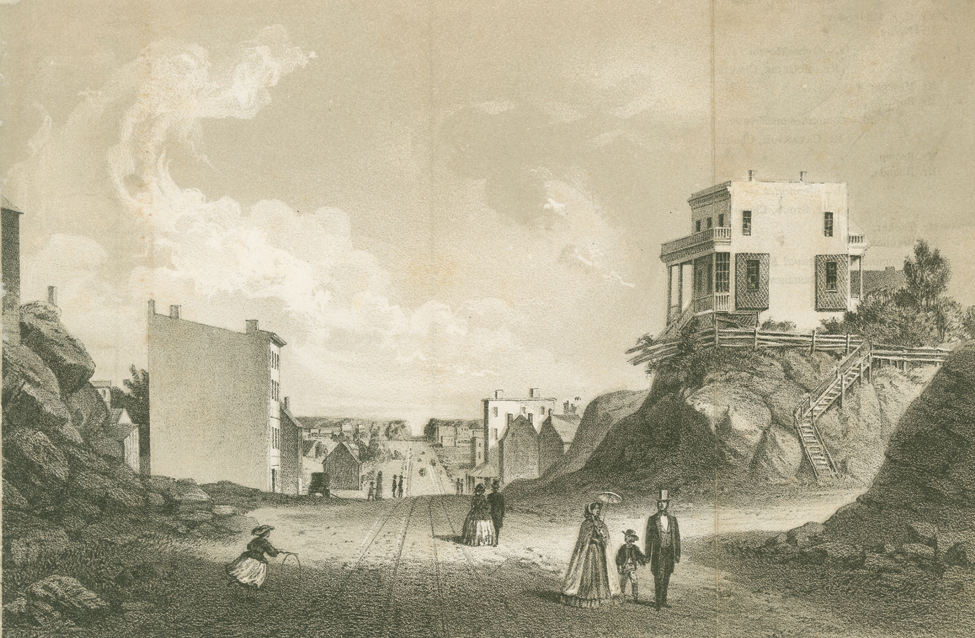 The topographical changes that resulted from the Commissioners’ Plan were nowhere more evident than in the view shown here of the northward path of Second Avenue on Manhattan’s East Side. Looking north at the intersection of East 42nd Street and Second Avenue in 1861, the avenue had been laid out, but the surrounding hills were not yet leveled to align with the street grade. Houses were left up in the air as the streets and avenues were cut through the hills. A significant number of buildings had already been demolished to make way for the city’s thoroughfares, and those that remained would soon be swept aside by what one commentator referred to as the “leveling hand of improvement.” RR