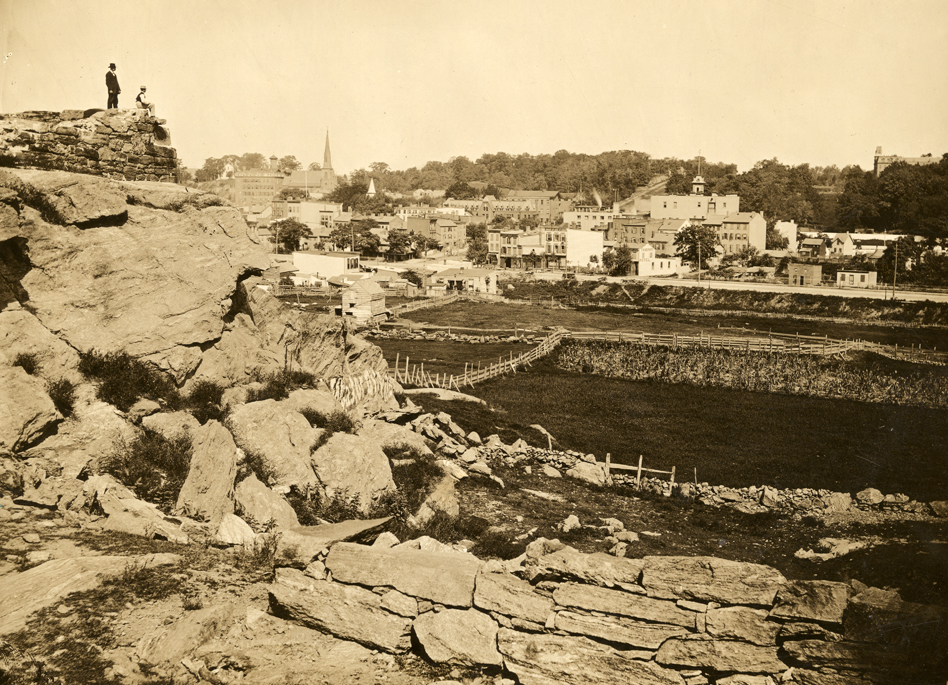 Remains of an old blockhouse with a view north toward Manhattanville at 123rd Street, January 19, 1878

Collection of The New-York Historical Society, #72221

The high bluffs of the northwestern end of Manhattan played a crucial role in the defense of New York. In this photograph from 1878, one can see the remains of a blockhouse atop a rocky outcropping on what is today the top of Morningside Park. The blockhouse was built in 1814 as part of a series of fortifications along northern Manhattan to protect the territory against a British assault from the Long Island Sound. But the same topography that helped ward off attack also thwarted the area’s development. While the flat terrain of the East Side seemed to welcome the extension of streets and avenues and lucrative brownstone neighborhoods built on spec, the craggy terrain of the Upper West Side required blasting through cliffs that were as high as 30 feet. It was an elevated plateau of undulating rock, broken up by deep valleys and rocky slopes, that made its way up the island to Spuyten Duyvil Creek, and at this time was still dominated by farms, squatter settlements, and the villages of Manhattanville, Harsenville, and Carmansville. AR