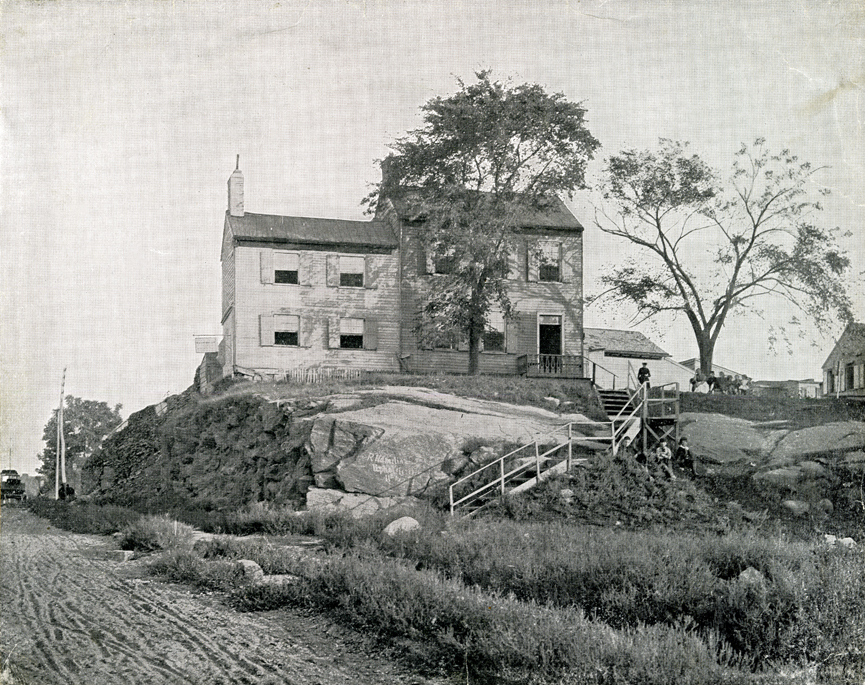 This image documents the intersection of West 84th Street and Broadway as it appeared in 1879. In the 1840s, the writer Edgar Allan Poe and his family rented a room at Patrick and Mary Brennan’s farmhouse, which is likely where he wrote his famous poem “The Raven.” During his time in New York, Poe came to appreciate what he saw as the “sublime” nature of Manhattan’s rugged terrain. He dreaded the destruction of the island’s natural beauty, stating that “these magnificent places are doomed. The spirit of Improvement has withered them with its acrid breath. Streets are already ‘mapped’ through them, and they are no longer suburban residences, but ‘town-lots.’” When the grid plan was extended northward on the West Side, the Brennan’s farmhouse was demolished and the hill upon which it stood was leveled. In 1980 the City Council renamed West 84th Street from Broadway to Riverside Drive after Poe to commemorate the time that he spent at the Brennan Farm House. RR