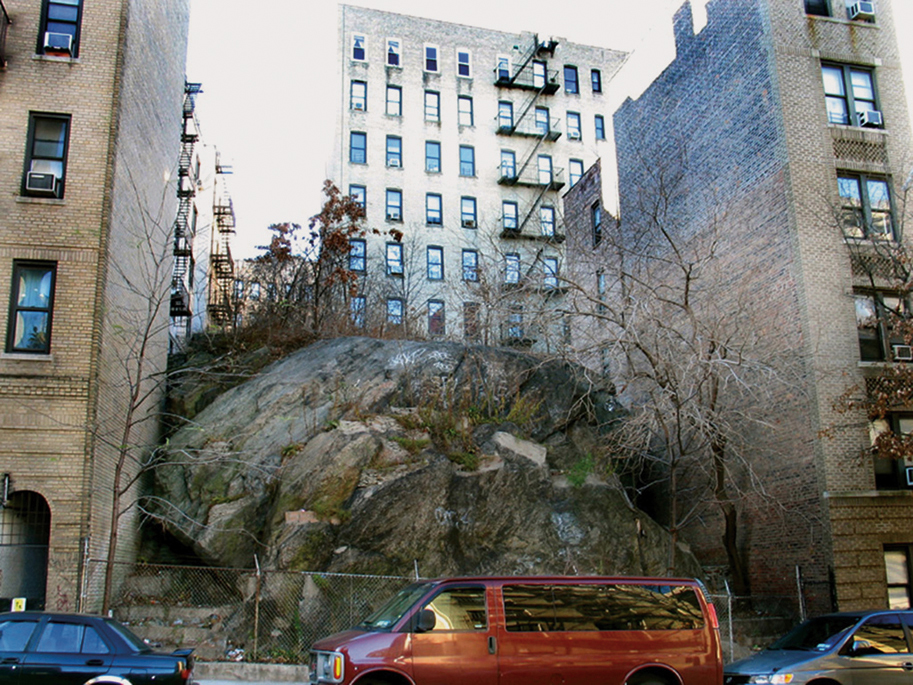 On the west side of northern Manhattan, topography takes over from the street grid. A long ridge of rocky hills lies parallel to the river, crossed by few east-west streets. The ridge culminates at the island’s highest point, a schist outcropping 265 feet above sea level, located in Bennett Park. Nearby on Bennett Avenue, this photograph shows a lot north of 181st Street that is occupied by another schist outcropping, a 50-foot-wide rock ledge that stands where 182nd Street should cross the avenue. CY