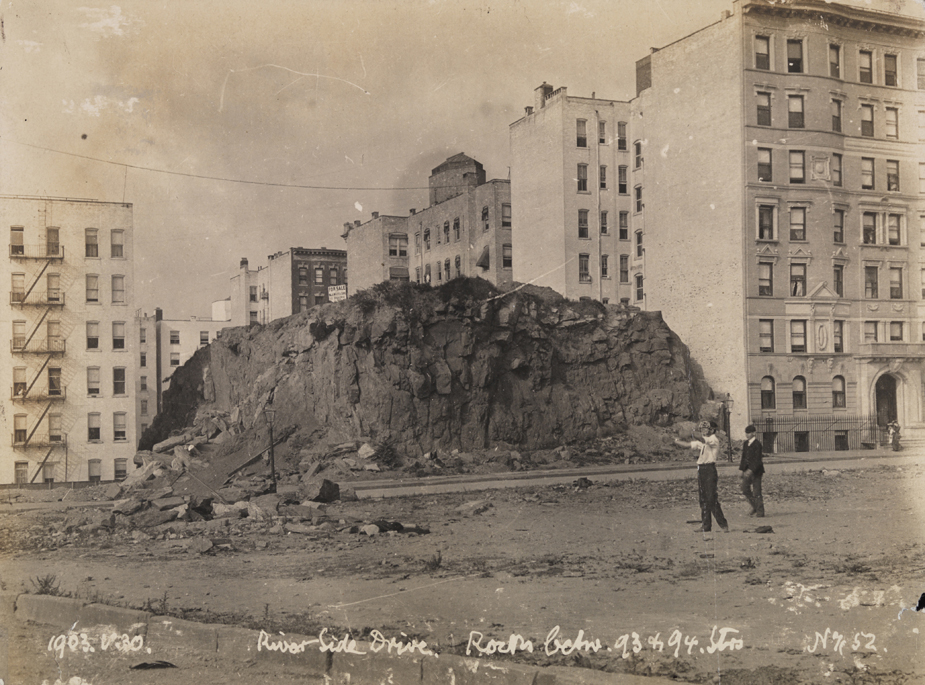 Street grading often required so much excavation that it lowered the level of the street to well below the level of the adjacent blocks. Owners of the individual lots on these blocks were responsible for clearing and leveling their land, but they were not required to do so. This rock spur spanned the block between 93rd and 94th Streets on Riverside Drive, and the difficulties of its removal were such that it remained in the lot into the early 20th century, even as the surrounding lots filled with apartment buildings. The photograph shows the southern side of the rock, exposed by the grading of 93rd Street. Although this rock was eventually demolished, the outcroppings in nearby Riverside Park, off the street grid, remain. CY