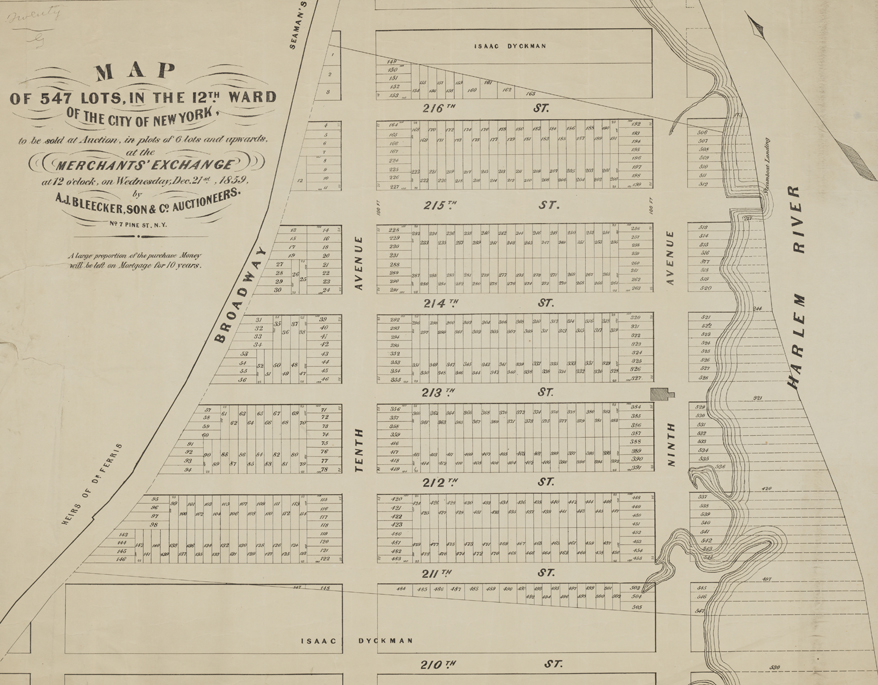 This plan extends the grid to the northern tip of Manhattan, from 211th to 216th Street, and shows the normative grid subdivision: a standard block, 800 by 200 feet, is divided into lots of 25 by 100 feet, yielding 64 lots per block. When the commissioners stopped the grid at 155th Street, they aimed to avert speculation on land they thought unamenable to development. This map confirms their fears. East of Ninth Avenue, the map projects the subdivision of nonexistent land, on landfill in the Harlem River. Most of the depicted area is now occupied by a subway yard.