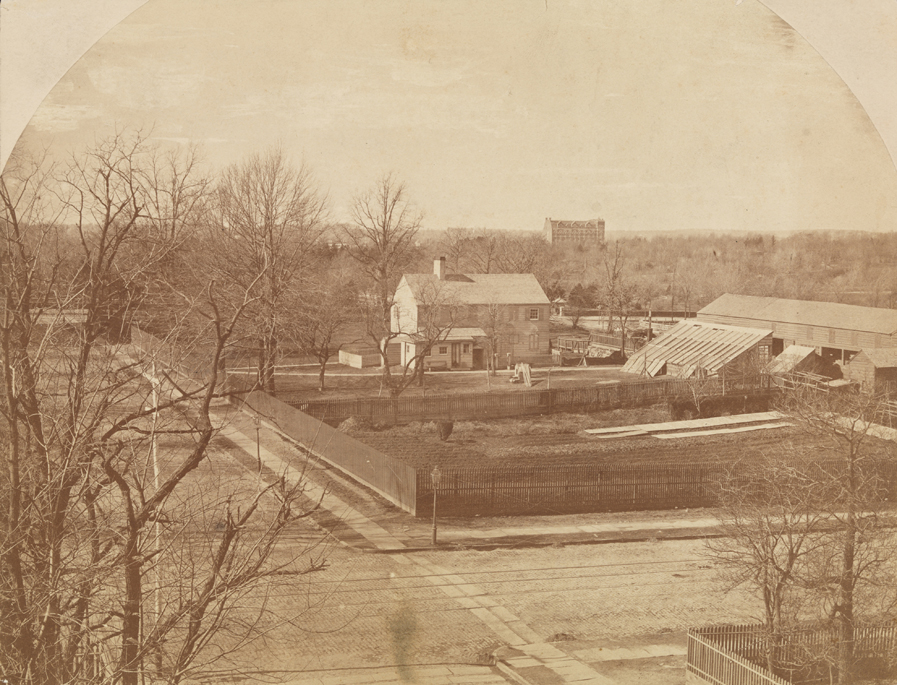 From the southeast corner of 71st Street (at left) and Madison Avenue, we look west, across Madison Avenue to the Lenox Farm, which occupies the full block. Beyond Central Park, in the mid-ground, the Museum of Natural History rises in the distance. The area around Lenox Farm has been improved: the streets are leveled and paved, the sidewalks are built, street lamps are erected, signs of urbanization that that the farm resists. The farm had passed from Robert Lenox to his son James, and in 1880 to James’s sister Henrietta, who owned the farm when the photograph was taken. The property would be subdivided after her death in 1886.