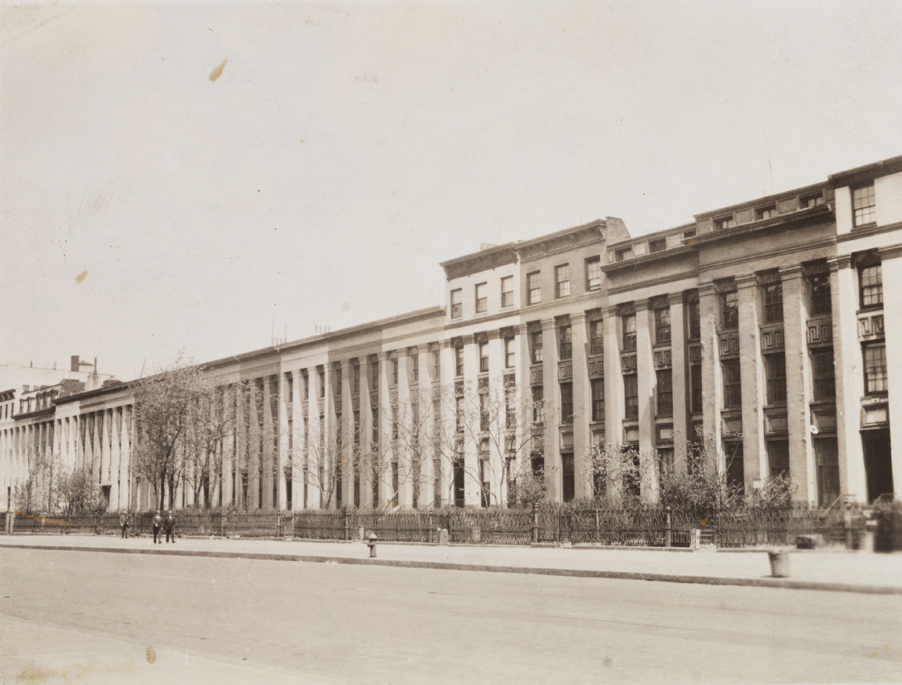 Back to Gallery
Image 17

London Terrace, north side of 23rd Street between Ninth and Tenth Avenues, 1929

In 1845 Presbyterian minister Cyrus Mason and his business partner William Torrey leased the entire block between 23rd and 24th Streets from Clement Clark Moore, on which they built back-to-back sets of row houses. For the southern portion, Mason and Torrey were obligated to erect elite homes. Over time, the street’s concentrations of refined houses earned it the nickname Millionaire’s Row. The developers hired prominent architect Andrew Jackson Downing to design London Terrace. His final plan adhered to Moore’s requirements: houses in Chelsea were required to cover the entire width of their lots, so as to hinder the construction of rear structures, to be set back and landscaped with front gardens, and to have fences enclosing their perimeters. Downing’s “art” came in turning London Terrace into a block-long colonnade that subsumed each home lost into a unified image of imposing grandeur. AR