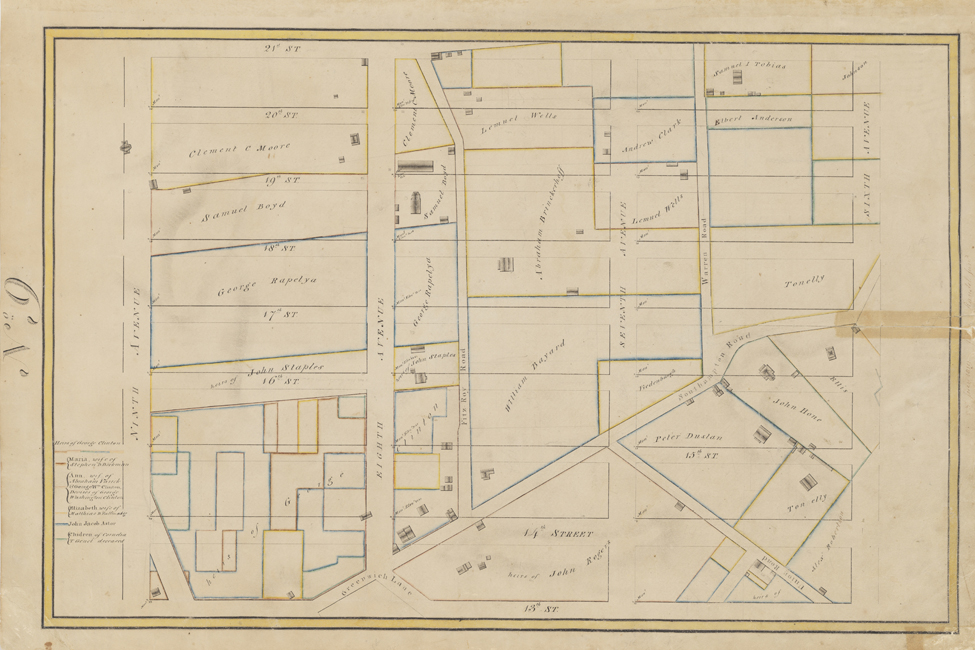 When Clement Clarke Moore, a professor at Columbia College, inherited his family’s estate in 1813, he had every intention of maintaining it as his summer country residence, a place of retreat from his downtown home on Broadway. His property, shown in yellow on the northwest corner of this Randel Farm Map, extended from the old Fitzroy Road, just east of Eighth Avenue, to the Hudson River, and from 19th Street, where his land bordered that of Samuel Boyd, to 24th Street. Moore is best known today as the author of A Visit from Saint Nicholas ('Twas the Night Before Christmas), a poem he penned on his family’s riverside property.

The city began carving up his property in 1815, opening Ninth Avenue through the middle of his land, from Greenwich Lane to 28th Street, forcing Moore to relinquish three acres, pay an assessment of $111, and tear down fences and trees standing in the way. Moore was incensed, as were many of Manhattan’s other large property owners who were obligated to turn their land into city blocks. With his neighbors Samuel Boyd and John Jacob Astor, Moore sent letters of protest to the city’s Common Council, contesting their right to levy assessments, but to no avail. AR