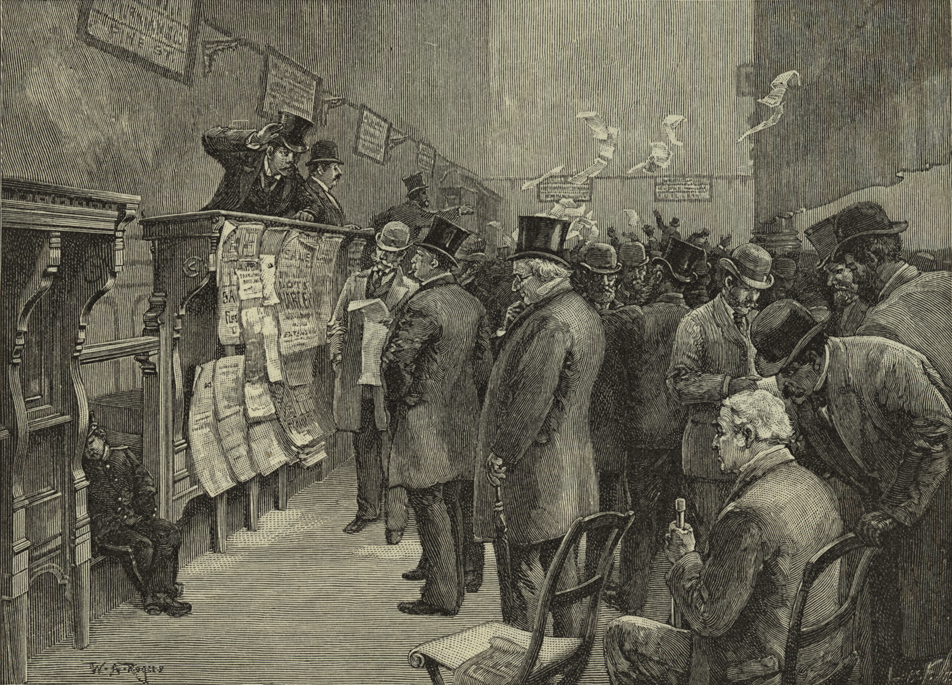 Land auctions moved to the Real Estate Exchange, which opened on Liberty Street in 1885. The new facility was more than an upgrade from the basement room at the Merchants’ Exchange where auctions were previously held; it represented a professionalization and regulation of the real estate business, which had suffered from bogus sales and other shady practices. In 1883 leading members of the real estate sector organized to form the exchange on a membership basis, at the same time the courts ruled that all sales of land in New York City were to be made at the Real Estate Exchange. The new auction room accommodated 22 desks for auctioneers, which can be seen at the perimeter of the room. The desks were leased by the year and were limited in number, although auctioneers could lease out their desk for the day. In addition to hosting public auctions and private sales, the Real Estate Exchange stored useful documents for agents and buyers: maps, surveys, records of sales, assessments, street openings, and other improvements.