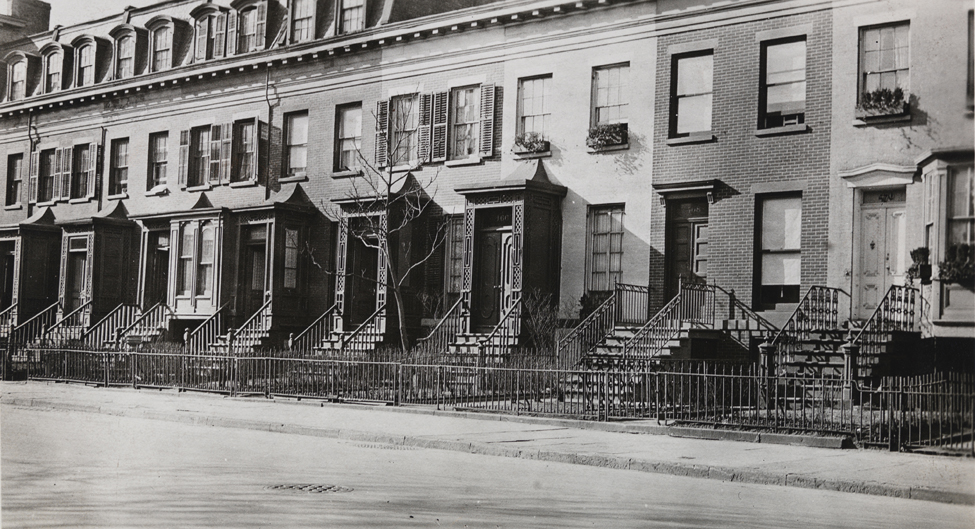 Back to Gallery
Image 18

Chelsea Cottages, south side of 24th Street between Ninth and Tenth Avenues, ca. 1925

In developing the northern half of the block they leased from Clement Clark Moore, Cyrus Mason and William Torrey had a bit more freedom than they did with the southern portion. To balance their investment in their upper-class London Terrace, on 24th Street they decided to aim at a more modest clientele and gave the project a less pretentious name, the Chelsea Cottages, inspired by the countryside. The cottages adhered to the neighborhood’s standard covenant, taking up the width of their lots with fences and front yards, but were designed as individual picturesque homes rather than as a unified stately structure. The architect articulated each cottage, emphasizing every front door with an ornate metal porch and entry stairway. AR