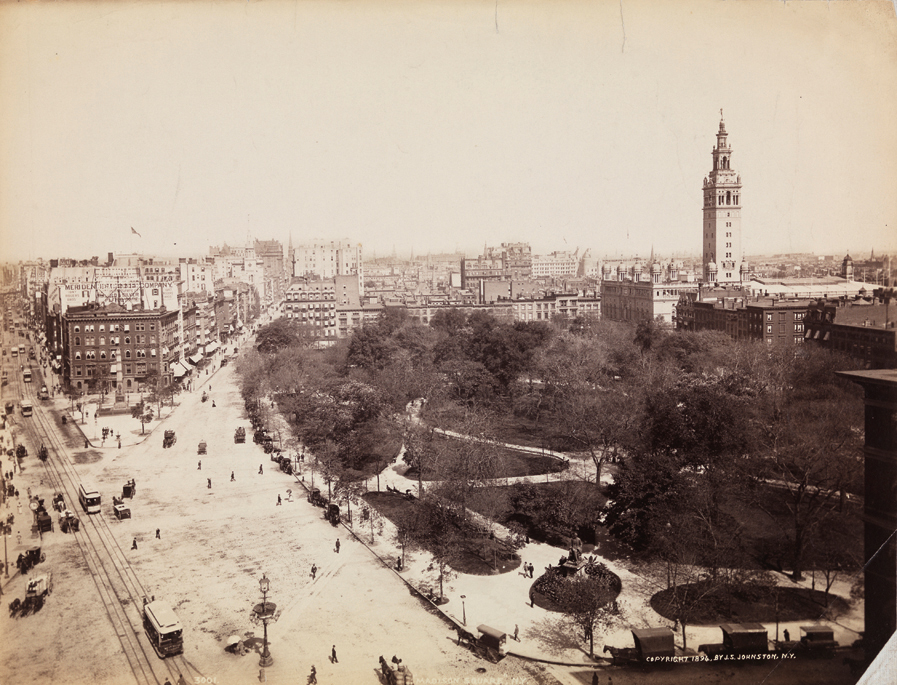 Back to Gallery
Image 22

On April 10, 1837, an act of the New York State Legislature resuscitated the former Grand Parade as a public square. It was decided to name the new space after President James Madison, who had died the previous year. The square was more modest in size than the Parade, now bounded by 23rd and 26th Streets and Fifth Avenue and Madison Avenue, which had just been established. Legal proceedings to open the square were met with delays and the square remained undeveloped for another decade. In 1845 Samuel Ruggles and other property owners petitioned the city to complete Madison Square. It officially opened two years later.

The square was redesigned in 1870 by the Austrian Ignatz Aton Pilat, who had assisted Frederick Law Olmsted with the design of Central Park, and William Grant; it was ornamented with a variety of flora, curvilinear pathways, fountains, and sculptures. By the end of the century, as seen in this photograph by J. S. Johnston, it was a public pleasure ground, surrounded by refined houses and grand hotels. This view was taken from the northeast; across the green, on 26th Street and Madison Avenue, rises the tower of Madison Square Garden, designed by Stanford White. AR