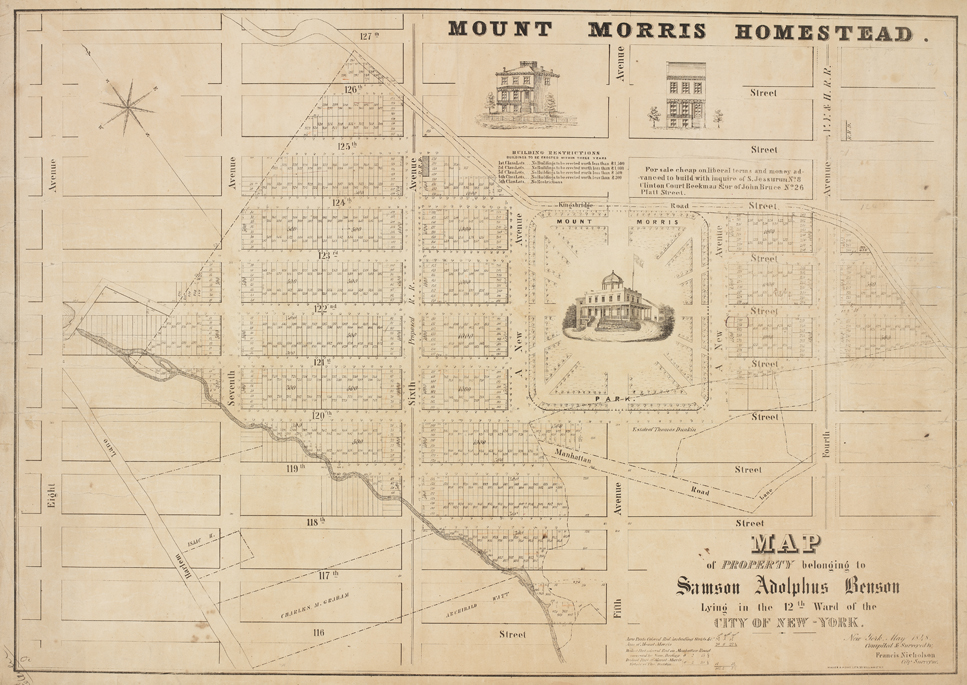 Back to Gallery
Image 30

The 1811 commissioners located Harlem Square between 117th and 121st Streets and Sixth and Seventh Avenues. In the late 1830s, as the city began opening streets and avenues in the district, another side emerged for the public park. Fifth Avenue was planned to cut through Snake Hill, a 70-foot rocky outcropping around 121st Street. Instead of tackling this mass, the city decided to leave it in place and make it a park, interrupting the course of Fifth Avenue. In 1836 an act of the state legislature eliminated Harlem Square and established Mount Morris Square (now Marcus Garvey or Mount Morris Park) between 120th and 124th Streets. The map of the Mount Morris Homestead fails to reveal the topographical reality that gave rise to the square. AR