Central Park: The Designers on the Willowdell Arch, 1862 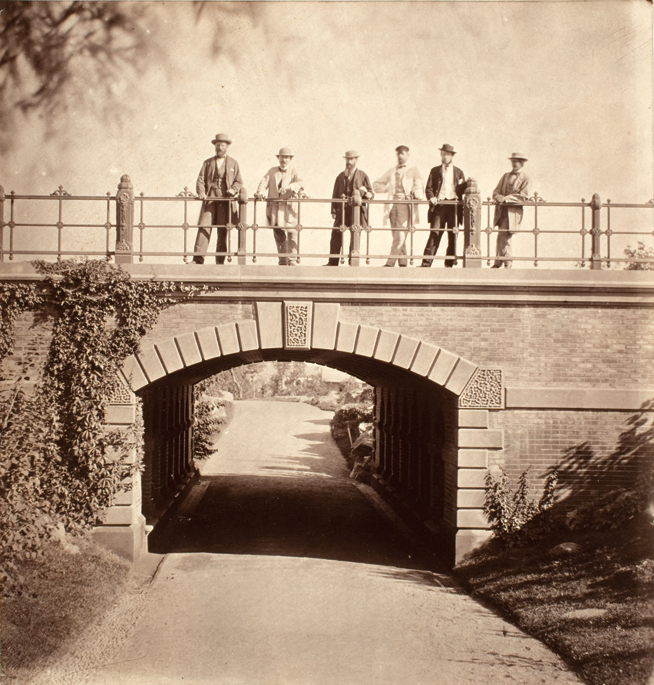 Back to Gallery
Image 28

In his remarks on the plan for Central Park, Olmsted wrote that the most difficult problem facing the park designers was how to incorporate a transportation system into the landscape: “How to obtain simply the required amount of room for this purpose, without making this class of its constructions everywhere disagreeably conspicuous, harshly disruptive of all relations of composition between natural landscape elements on their opposite borders, and without the absolute destruction of many valuable topographical features.” Olmsted and Vaux’s solution separated circulation according to means of locomotion, with carriage roads, equestrian paths, and pedestrian walks organized into independent systems so that travelers on foot could move safely throughout the park without crossing paths with horses and carriages. In addition, four sunken transverse roads were cut into the earth, allowing traffic on the street grid to pass through the park without interrupting the landscape.

Over 40 bridges were built to separate the circulation systems vertically from each other. In this photograph of Willowdell Arch, the men who helped create Central Park—including Andrew H. Green on the far left, Vaux third from the left, and Olmsted on the far right—stand on a larger road, East Drive, at the point near 67th Street where it passes over a smaller pedestrian path. CY