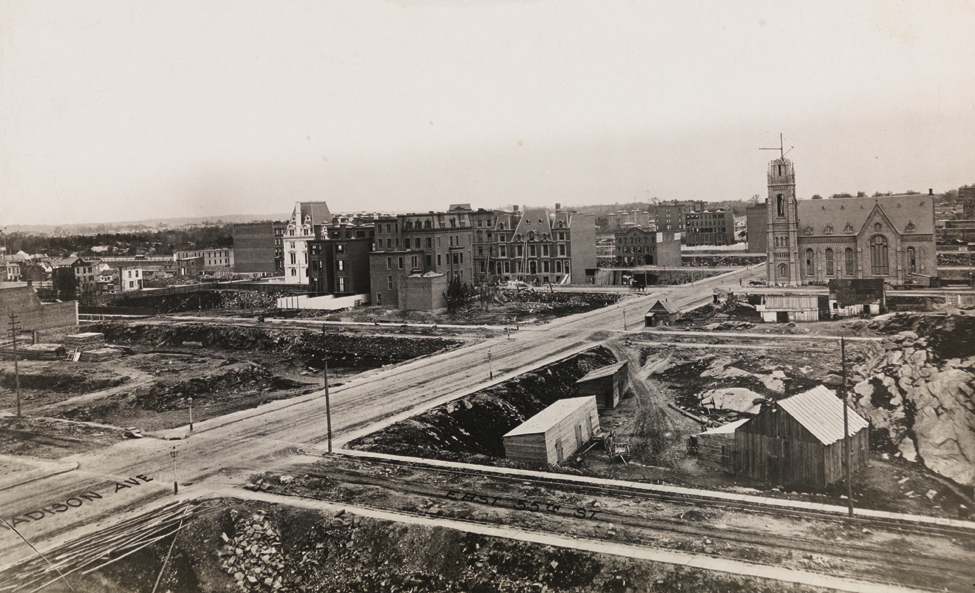 Madison Avenue cuts a strong diagonal across this photograph taken from just south of 55th Street. The unobstructed view north and unpaved cross streets are striking testaments to how recent this stretch of avenue is: although the state legislature approved the insertion of Madison Avenue from 23rd to 42nd Street in 1833, the avenue was only opened in 1844, and this stretch was only extended to 66th Street in 1857, then to the north end of the island in 1869. The photograph reveals a hodgepodge of buildings: a squatter settlement in the foreground contrasts with luxurious houses in the background, including Mary Mason Jones’s Marble Row on Fifth Avenue, the white, Renaissance-style residence peeping from behind a collection of similarly elegant structures. The tower of the North West Dutch Reformed Church was still under construction. Originally located downtown on Franklin and Broadway, the church followed its congregation uptown, first to 23rd Street and then to Madison and 57th Street. AR