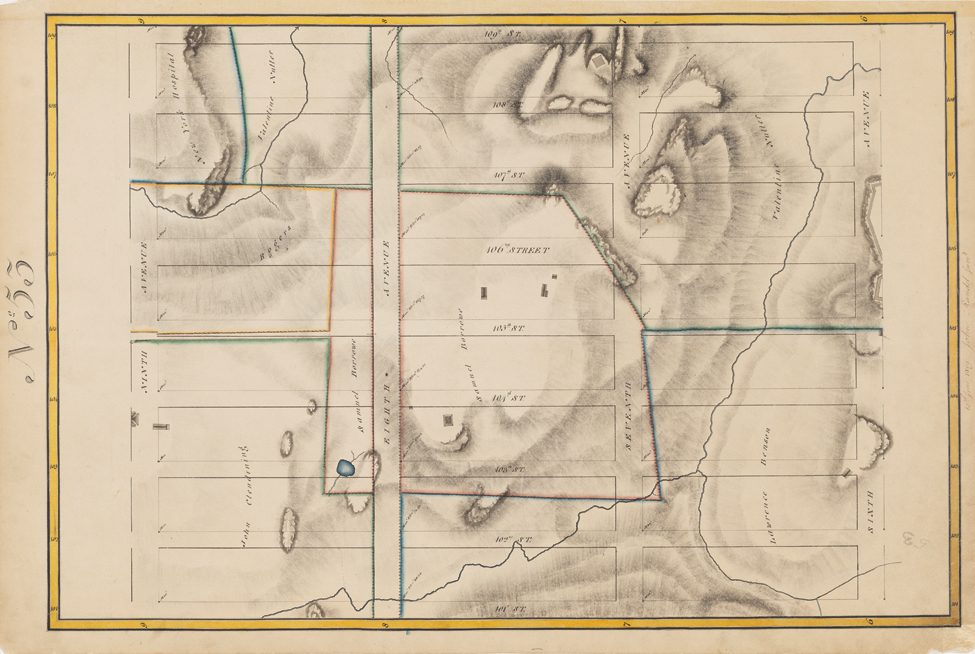 Back to Gallery
Image 25

Central Park was not part of the Commissioners’ Plan of 1811 and thus does not appear on the Randel Farm Maps of northern Manhattan. Instead, the proposed street grid covers the entire area, including the two columns of blocks on the right side of the sheet that are bound by Sixth, Seventh, and Eighth Avenues. These blocks were never built because this section of the grid became the northwest corner of the park. At the top of the sheet, a square building can be seen near the proposed intersection of Seventh Avenue and 109th Street. Known as Blockhouse No. 1, this stone fortification was constructed during the War of 1812 as part of Manhattan’s defenses against the British; today it is the oldest building in the park. On the left of the sheet, the blocks bound by Eighth and Ninth Avenues were eventually built without regard to the irregular terrain and the previous property divisions that the map records. CY