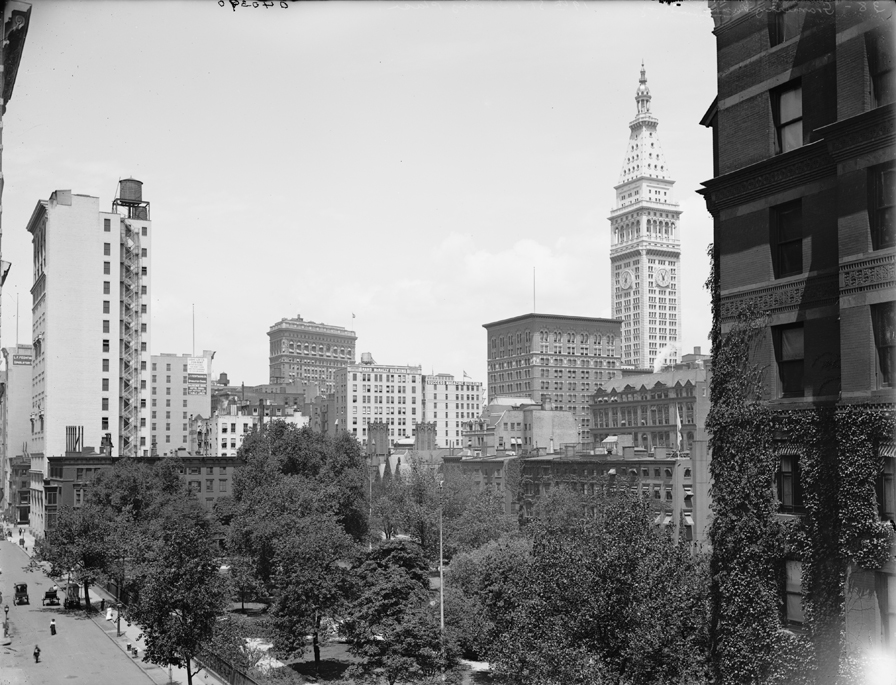 Back to Gallery
Image 16

The Panic of 1837 slowed construction of Gramercy Park, but by the late 1840s, both the economy and the neighborhood were growing. In line with Samuel B. Ruggles’s vision, Gramercy was becoming an elite neighborhood. Ruggles included a variety of regulations in his deeds to ensure that the neighborhood developed as he intended. Only “dwelling houses” could be built, and they were required to be of brick or stone and at least three stories tall. Ruggles was proud of the fact that the park did not cost the city anything. Those who lived in the 60 surrounding lots paid maintenance fees for its upkeep, but only they had keys to enter the garden, a system that exists to this day. Indeed, Gramercy Park still functions much as Ruggles planned it in the 1830s, as an open green space in the middle of the congested city and as a private park for the surrounding neighborhood. AR