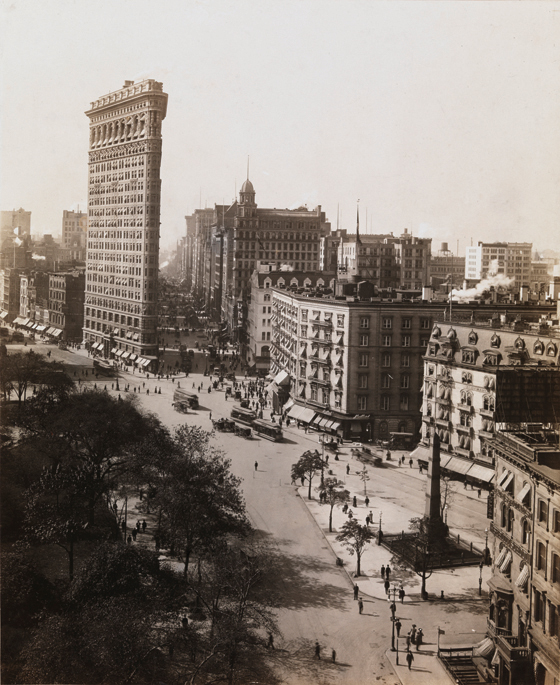 Back to Gallery
Image 23

Overlooking the leafy canopy of Madison Square at left, this view south highlights two opposite approaches to the triangular lots created by the diagonal intersections of Broadway and the grid. Dominating the view is the brilliant Flatiron Building (1902), its triangular shape filling out its lot lines. In the foreground a triangular plaza is a showcase for a public sculpture. The 51-foot-high obelisk was dedicated in 1857 in honor of General William Jenkins Worth (1794-1849). New York City’s Worth Street is named after this military figure, as are Lake Worth, Florida and Fort Worth, Texas. First buried in Brooklyn’s Green-Wood Cemetery, Worth’s remains were later relocated beneath this monument designed by James Goodwin Batterson, who was also involved in the design and construction of the United States Capitol and Library of Congress in Washington, D.C. Worth’s burial on Evacuation Day, November 25, 1857, followed a processional that included 6,500 soldiers. Inscriptions on the obelisk’s decorative bands record significant battle sites in Worth’s career, and the pickets of the cast-iron fence that surround the monument replicate his Congressional Sword of Honor. SS