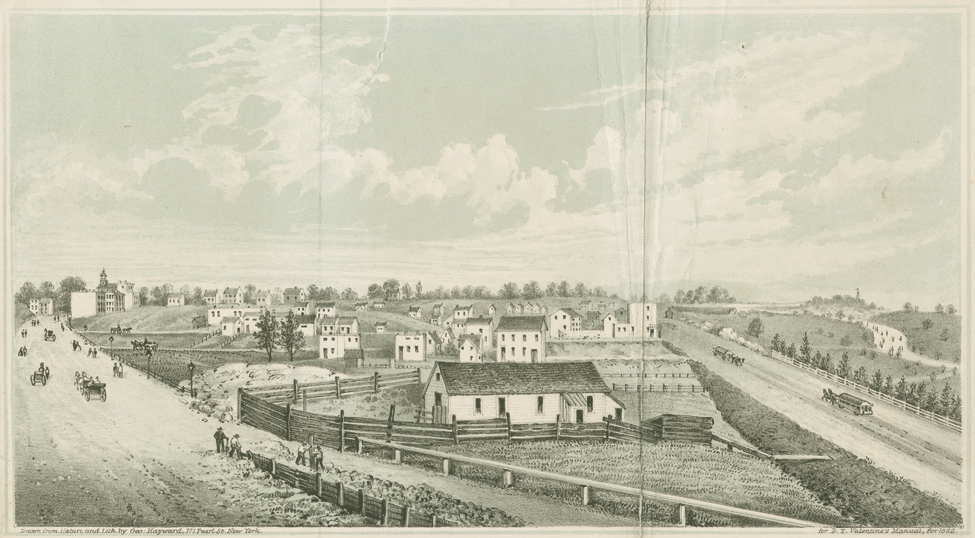 The Museum of the City of New York, Print Archives

This view north corresponds to the intersection of Bloomingdale Road and Eighth Avenue at 59th Street seen on Randel Farm Map no. 29. On the left is Bloomingdale Road, and on the right are Eighth Avenue and Central Park, the green space then under construction beyond the rail fence. The triangular property at the V, owned by John H. Tallman according to the Randel map, remains a farm in the 1861 view, which conveys the rural nature of the Upper West Side in the Civil War era. Attractive public improvements like the park led many to believe that the Upper West Side was ripe for a construction boom, but high carrying costs such as property taxes, assessments for public improvements, and mortgage indebtedness discouraged owners from building on their lots. The area would not see full-scale development until the 1880s. MM