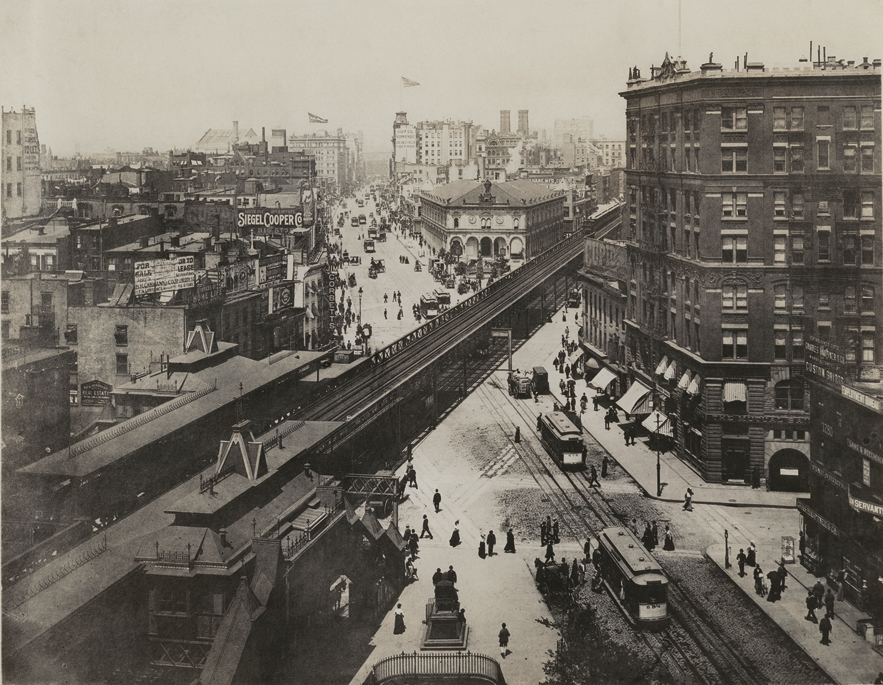 The Sixth Avenue elevated train cuts right across Broadway, showing the messiness of the grid. Only one building, at the top (north) of the image, reflects the anomaly of Broadway’s slicing through the grid. This two-story Italianate building was the home to the New York Herald newspaper, which gave this bowtie its name: Herald Square. Designed by McKim, Mead & White, the most important neoclassical architects of their time, the Italianate building, which extended a full block up Broadway and Sixth Avenue, stood on this site from 1893 until the 1920s. In the top left corner is the New York Times building under construction. The pull of the Times and the new subway would draw theaters and business north from Herald Square to Times Square. MP