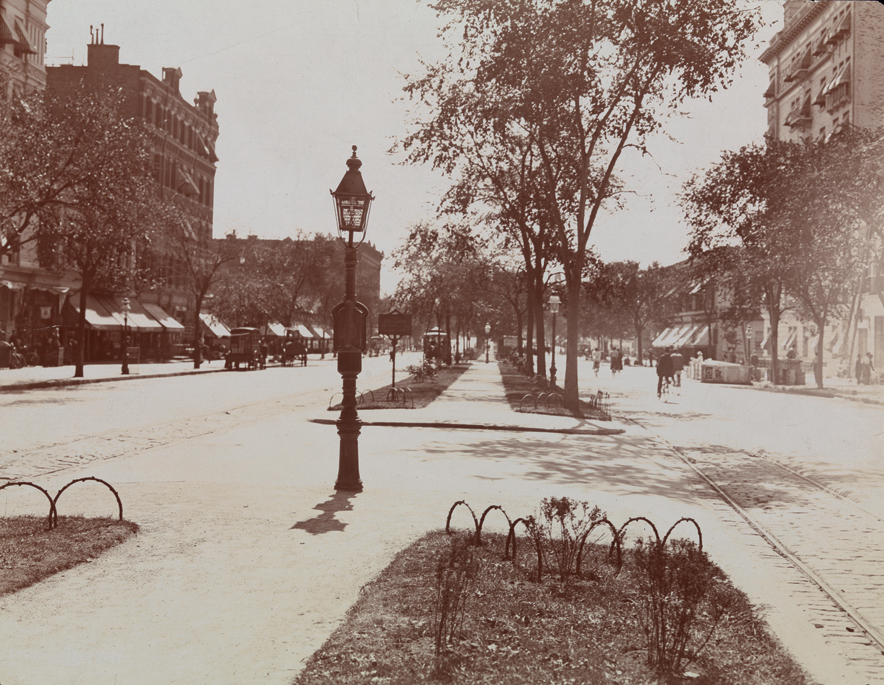 The distinctive design of the Boulevard, as the segment of today’s Broadway north of Columbus Circle was then called, is due to the urban vision of Andrew H. Green and his efforts to improve upon the Commissioners’ Plan of 1811. Green considered that some streets compliant with the 1811 plan were too narrow and would soon require expensive widening. He concluded that “there is no doubt that the avenues running lengthwise should be most capacious—the cross streets acting as so many feeders to them.” Anticipating future growth and change, Green built an extra measure of width and flexibility by adding landscaped medians. Attractive leafy medians evoke the style of grand European boulevards and the recreational drives designed by Frederick Law Olmsted, but Green included them for practical, not aesthetic, reasons. MM