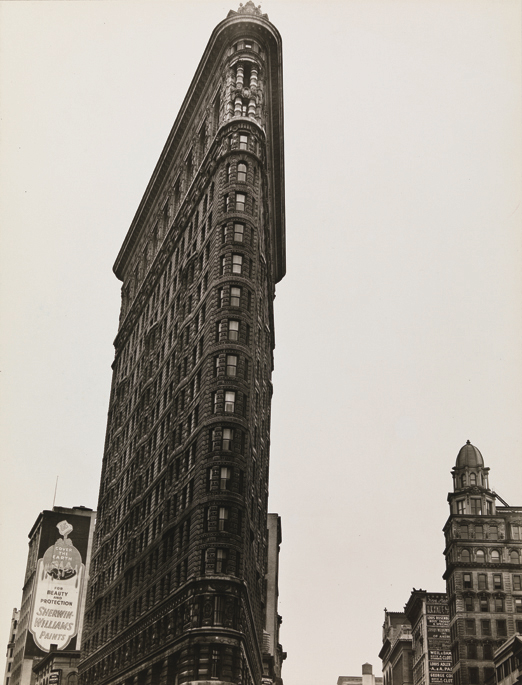 Berenice Abbott, perhaps the greatest photographic chronicler of New York in the first half of the 20th century, followed previous photographers and artists who had been fascinated by this opening of the grid and in particular the Flatiron Building. Alfred Stieglitz had captured it on a rainy day in 1902; the architect Walter Gropius would later follow Abbott in tilting the camera in order to better capture the kinetic power of the building. But Abbott was interested as well in capturing the surroundings, which she suspected would soon be gone: the Sherwin Williams Paint sign on the building behind and the older brownstones of Fifth Avenue at right. Her Changing New York from 1939, done as part a of the Federal Art Project of the New Deal, perfectly balanced nostalgia for a disappearing New York and enthusiasm for the new world that was being built in its place. MP