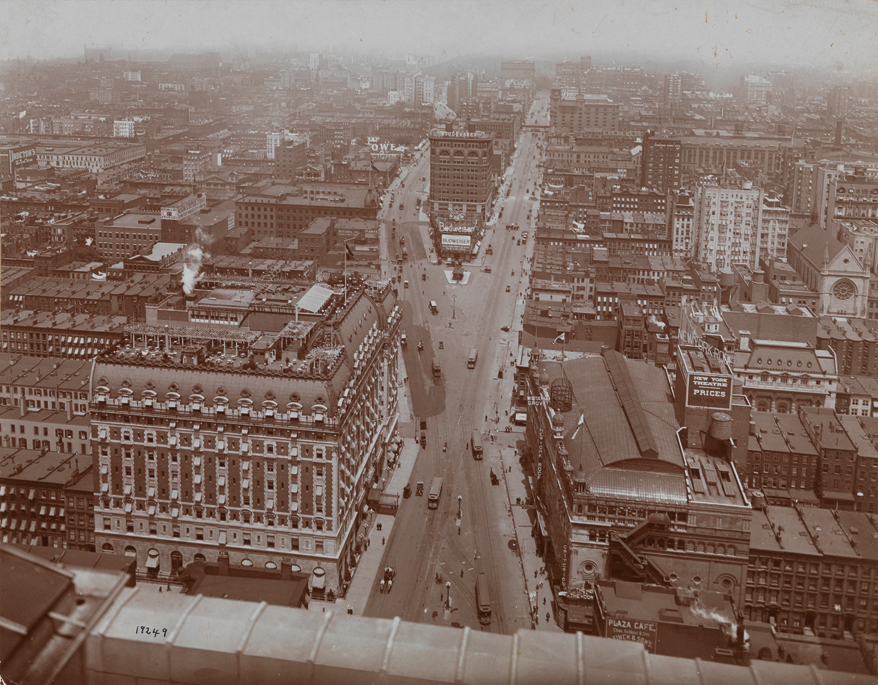 Byron Company, “Skyline of New York, from above, at Broadway and Seventh Avenue,” ca. 1910. Gelatin silver print on printing-out paper

This photograph does not illustrate a square at all, but a 10-block bowtie centered on the intersection of Broadway and Seventh Avenue. Until the beginning of the 20th century this was called Longacre Square, a neighborhood of horse stables, carriage-making shops, boarding houses, elegant homes, dancehalls, and brothels. Then came a newspaper and a subway. On April 8, 1904, in anticipation of the completion of the New York Times Building, the bowtie was given a new name: Times Square.

Times Square was and remains one of the unlikeliest of public gathering places. With hardly any public space, the several square blocks that embody the theater district of New York nonetheless attract upward of a million people a day who course through this bowtie funnel on foot, in taxis and buses, in subways.

But around this “square” one can find the history of modern American culture. Over the course of a century, Times Square became the laboratory for new forms of entertainment, communication, advertising, urban planning, and vice. Times Square helped define the consuming desires of a nation. MP