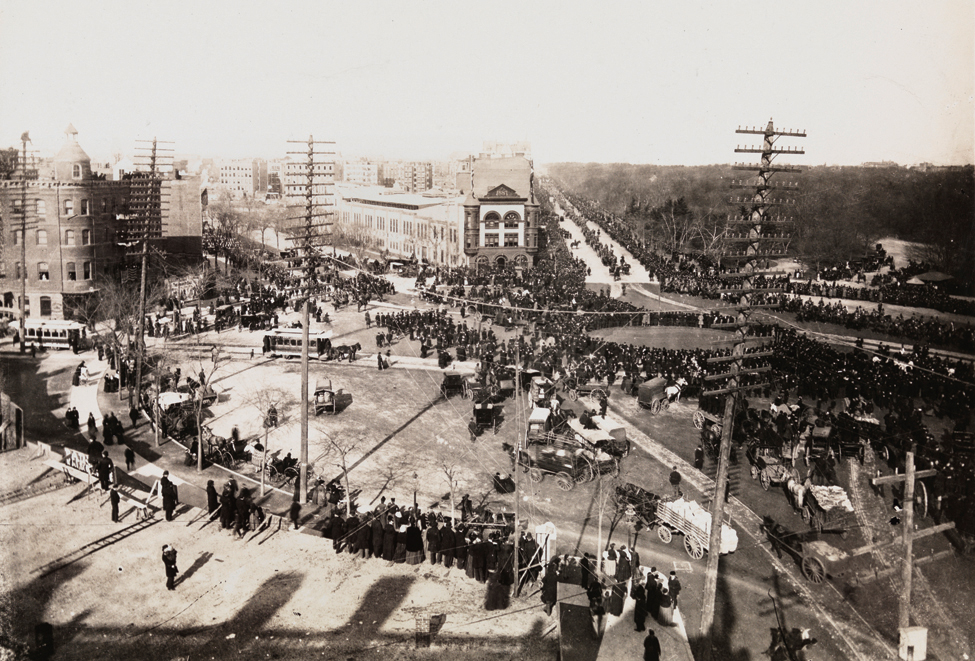 Although the 1811 commissioners explicitly rejected “circles, ovals, and stars” in their plan, a circle eventually interrupted the grid. In 1857 the legislature authorized the city to plan a “public place . . . within the circumference of a circle having a diameter of four-hundred and thirty-two feet” at the intersection of 59th Street, Broadway, and Eighth Avenue. The city did not act on this power, and in 1866 its circle-planning authority was transferred to the Central Park Commission, who began the work.

Their preliminary design for what would be called the Grand Circle or the Eighth Avenue Circle shows an unspecified statue in the center of the round intersection. The paving and curbing of the intersection was completed in the early 1870s under the city’s Department of Parks, but no statue was built. Finally, two decades later, a monument to Christopher Columbus was erected at the circle’s hub to mark the four-hundredth anniversary of the explorer’s discovery of the New World. This photo shows the laying of the cornerstone on September 16, 1892. The statue would redefine the intersection as Columbus Circle. MM