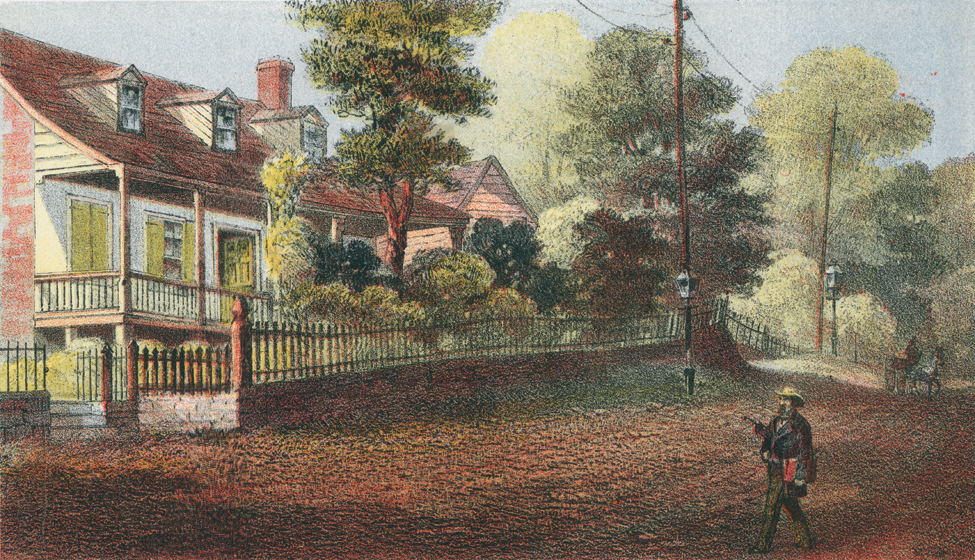 Museum of the City of New York, Print Archives

In 1861 Benson J. Lossing described the attractive features of Bloomingdale Road: “a hard, smooth, macadamized highway, broad, devious, and undulating, shaded the greater portion of its length, made attractive by many elegant residences and ornamental grounds, and thronged every fine day with fast horses and light vehicles, bearing the young and the gay of both sexes.” The country road was used for both pleasure rides and access to the upper part of the island. This portion of the Bloomingdale Road maintains a traditional country character, with its curving path and picturesque trees, despite the advent of modern improvements—street lamps, electrical lines, and macadamized paving. In 1868 the Somerindyke house, a Dutch farmhouse, was torn down as Bloomingdale Road was transformed into the wide boulevard. AR