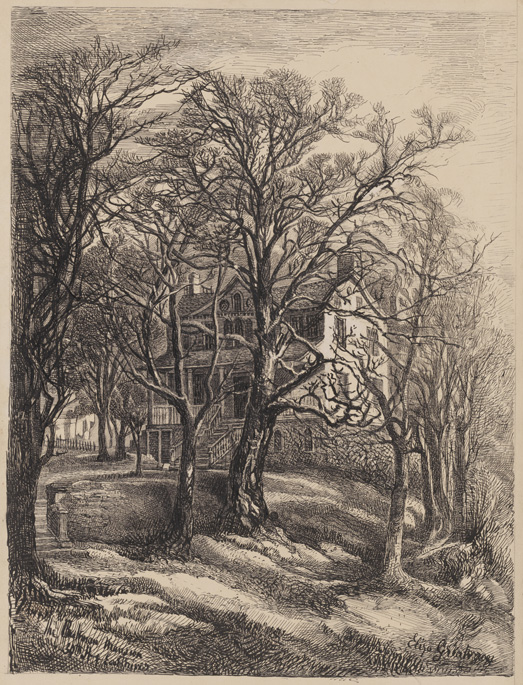 Museum of the City of New York, Gift of Stephen C. Clark, in memory of his father, Alfred Corning Clark, 35.408.29

Mount Pleasant, the historic Beekman mansion, stood for more than 100 years, from the 1760s to 1874, on two sites near the East River. Artist Eliza Greatorex portrayed the house at the 50th Street location a few years before its destruction. Although the house had survived the invasion of the British army during the Revolutionary War, serving as a headquarters for General William Howe, it did not outlive the city’s intruding streets. James W. Beekman worked hard to preserve the family home, first moving it south when 51st Street was opened, and then building a new foundation when 50th and 51st Streets were cut below the house, leaving it in a precarious position atop a rock. Today Beekman Place runs between 49th and 51st Street along the East River, memorializing the spot where Mount Pleasant used to stand. AR