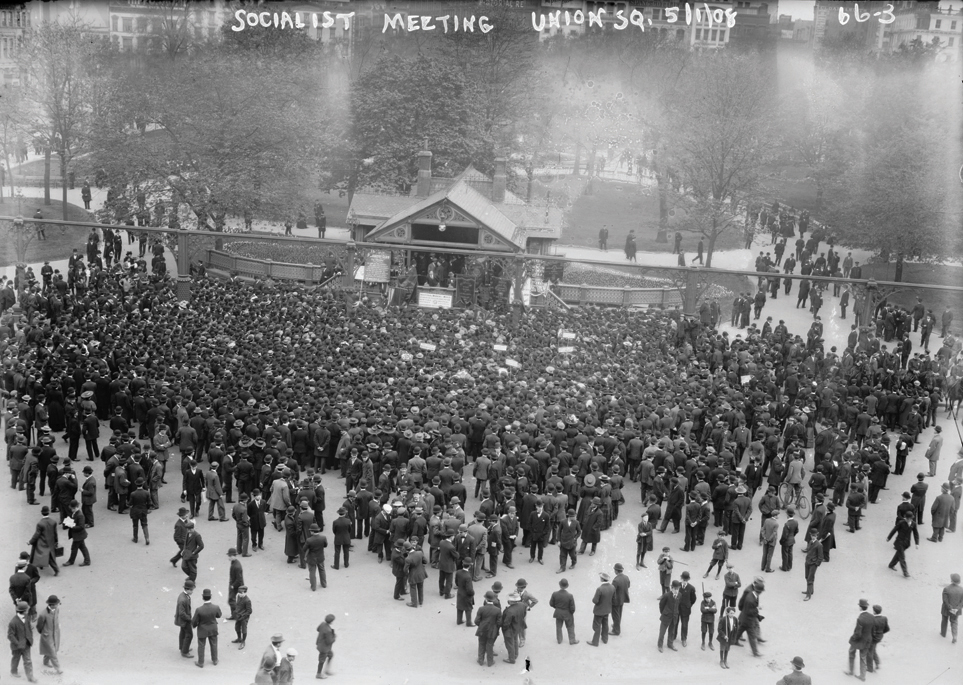 In the later 19th century and into the 20th, Union Square regularly hosted meetings of 10,000 people and more. Olmsted and Vaux’s 1872 redesign included not only the muster ground for public gatherings, but also a venue for reviewing the crowds and making speeches: a small neo-gothic building, known as The Cottage, situated between 17th Street and the park. After the turn of the 20th century, propelled by catastrophic world events, the square became the site of sometimes violent clashes between demonstrators and police. This news photograph shows members of the Industrial Workers of the World (the Wobblies) using The Cottage to give speeches at a May Day rally in 1908. The Cottage was demolished in the 1920s, when the Department of Parks tore up Union Square to make way for two subway lines and a subterranean concourse connecting them, but the 20th-century alterations only reinforced the public character of Union Square. JMS