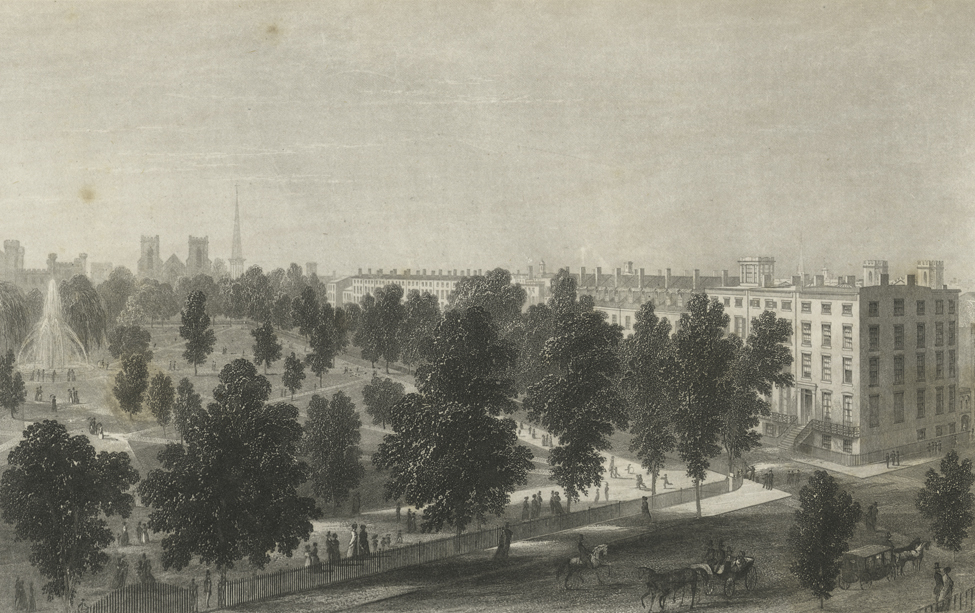 By the 1830s Washington Square had become a fashionable residence and elegant townhouses were erected around its perimeter, some of which can be seen in this view looking southeast, showing the original landscaping and the row houses on the south side of the square visible at right. Some of the elite 19th-century residents of the neighborhood included Mayor Edward Cooper, architect Richard Morris Hunt, and landowner William Rhinelander Stewart. As Fifth Avenue’s southern anchor, Washington Square also stimulated elite construction up the thoroughfare.

Washington Square set a precedent in New York: the development of neighborhoods around small, open spaces. It was a model imported from London that both increased land values and provided open space for the urbanizing city. Real estate proprietors around the Washington Parade expressed such ideas when they complemented the city’s mayor and aldermen in 1828 for having “promoted the health of their citizens and subjects, by setting apart public squares in different sections of populous and growing cities, affording at once a means of recreation, and for ventilating and refreshing the atmosphere, overcharged with the exhalations of a crowded metropolis.” AR