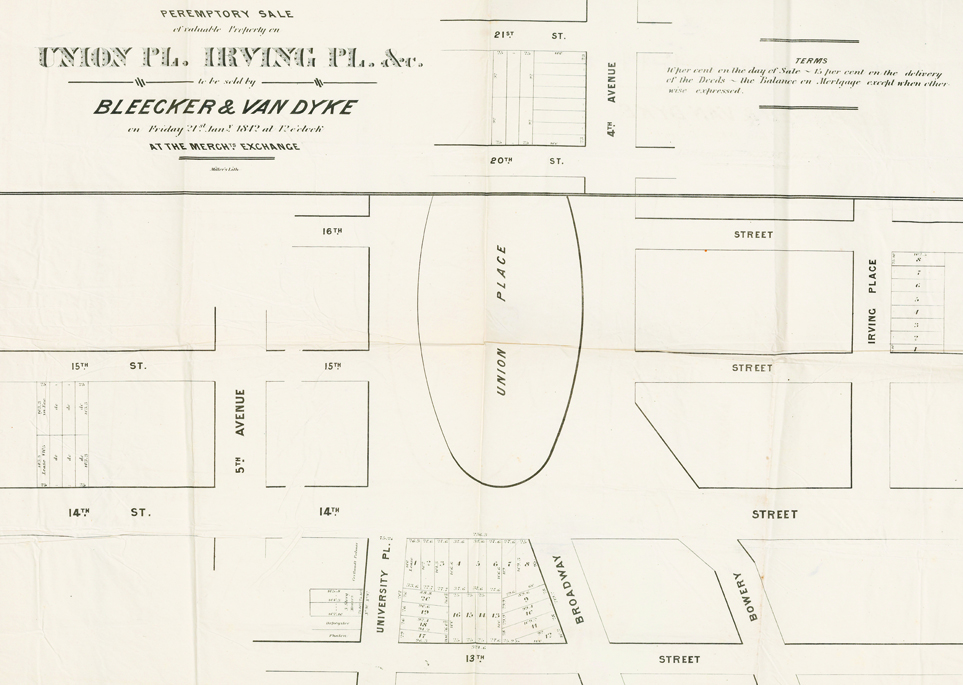 Map of lots on Union Place, Irving Place, and vicinity for sale at auction on January 21, 1842 by Bleecker and Van Dyke. Lithograph

This plan records the first step in the transformation of Union Place from a triangular street intersection to a formal space with an oval lawn. In 1830 the owners of property around Union Place, including lawyer and real estate developer Samuel Ruggles, petitioned the Common Council to appropriate and enlarge the place for public use. Part of a reform movement that advocated the creation of small urban parks to counteract the effects of crowding in rapidly growing industrial cities, park advocates were also motivated by profit. Those who owned property around the new parks anticipated their land would increase in value. The lobbying of Union Place residents was successful. In 1831 the New York State Legislature designated Union Place as a public park, and in 1832 the council began enlarging and landscaping Union Square, as it was then renamed.

The plan also shows, on the far right, Irving Place, a street not included in the 1811 plan and opened by Samuel Ruggles in connection with his development of Gramercy Park. JMS