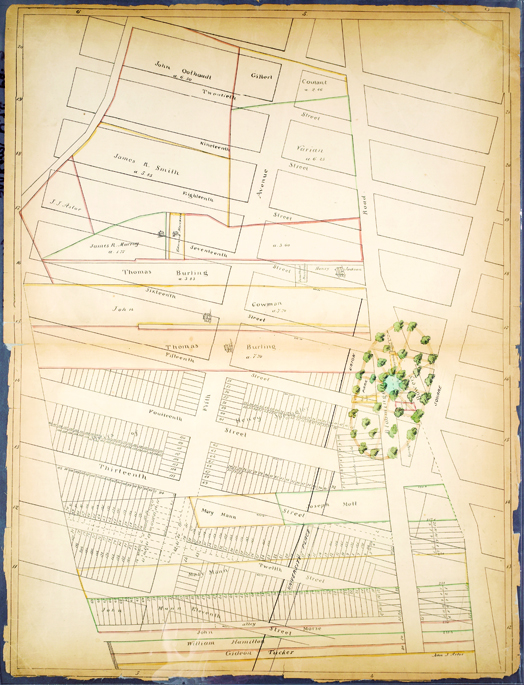 This map drawn in 1868 under the direction of City Surveyor Otto Sackersdorff shows the area around Union Square in relation to the agricultural landholdings of 1815 and highlights the landscaping of the oval garden at the center of the square. As a record of urbanization, the drawing is incomplete: although only the grid blocks up to 15th Street are subdivided into building lots, development had moved father north by this date. In a half century, the square had gone from a semirural outpost to the centerpiece of an elite residential quarter, and it would soon emerge as a public place used by all New Yorkers. This new function had been foretold in 1853 when the Common Council proposed that one day, when the population center had moved sufficiently northward, Union Square might be combined with Madison Square to form one giant public space, the “future focus of the Metropolis.” Though this grandiose plan was never realized, by the 1860s the character of the area had begun to change. JMS