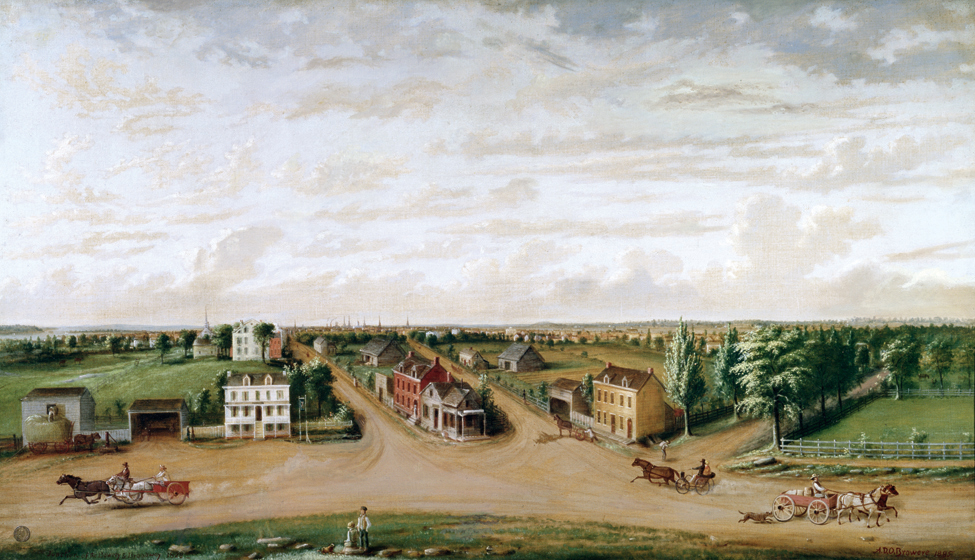 Painted in 1885, this nostalgic view by Albertis Del Orient Browere imagines New York City as it was in 1828, immediately before the creation of the park. Working from memory, he depicted an agricultural landscape on the verge of urbanization. Then an undefined open space, Union Place was not a worthy subject by itself, rather it served as the frame for a view of the city to the south, signified by the church spires seen on the horizon. As Browere’s painting shows, much of the land around Union Place was still semirural circa 1830, though a few commercial buildings had begun to appear along Broadway (center) and the Bowery (at left), the two streets to the south that converge at Union Place. The prominent four-story white building on Union Place, the headquarters of the Manhattan Bank constructed in 1822, is evidence of the city’s growth northward and of the emerging prestige of an address on the square. JMS