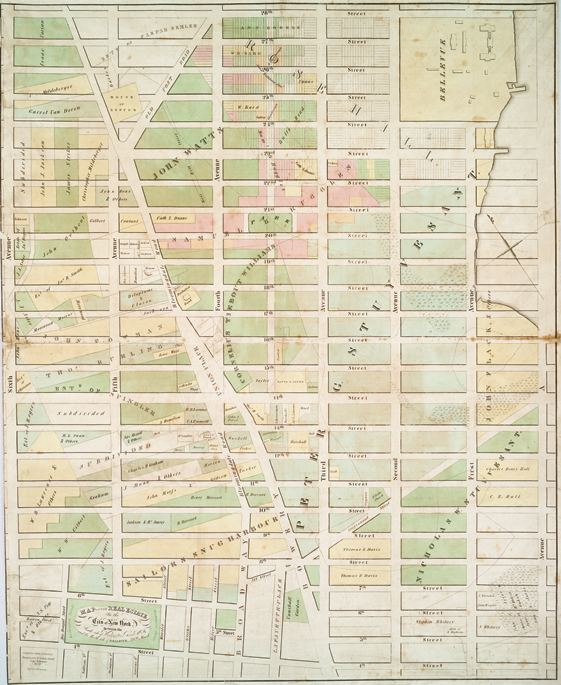 D. R. Harrison, “Map of the real estate in the city of New York between the south side of Washington Parade, 4th St. and the north side of Bellevue, 28th Street. Compiled from documents by Edwin Smith, city surveyor, 1831.” Engraving by D.R. Harrison

The map drawn in 1831 under the direction of city surveyor Edwin Smith overlays the pre-grid landholdings on the grid plan and shows the first step in the evolution of Union Place. Compared to its appearance on the Commissioners’ Plan, Union Place has been reshaped and given sharper edges. It is no longer the residual space produced by the old street system; here it is becoming a designed space. Union Place starts on 14th Street, not 10th Street as on the 1811 plan; that four-block area is carved into building lots, one of which John Jacob Astor owned. The north side of the square, at 17th Street, has been enlarged and squared off: the logic of the grid is already informing the evolution of the space.