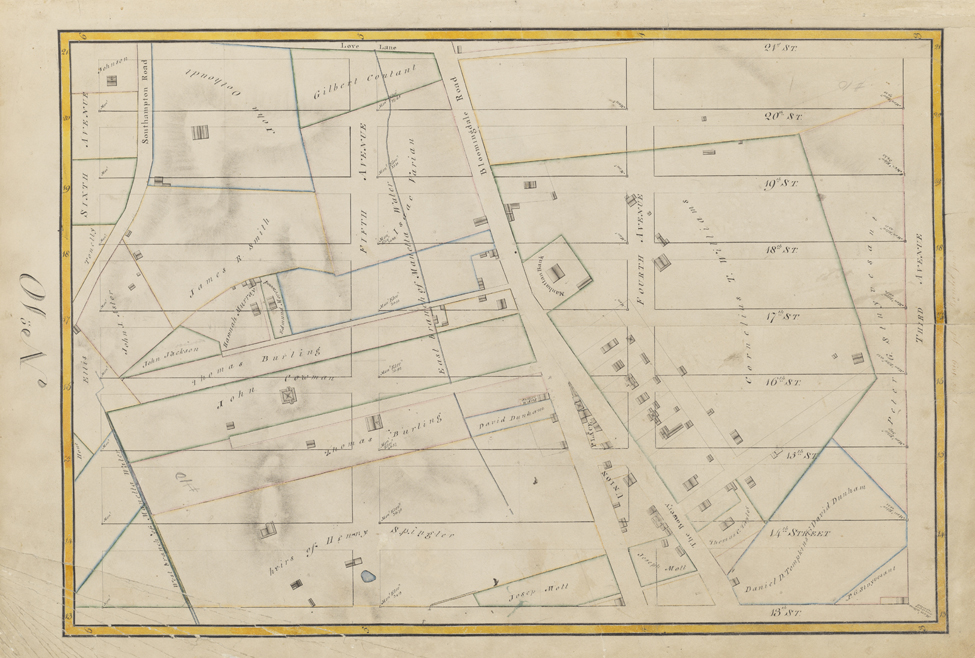 This Randel Farm Map encompasses the area bounded by Third and Sixth Avenues from 13th to 21st Street. Interrupting the grid at the bottom of the drawing is the triangular Union Place, which is occupied by many small structures. The Commissioners’ Plan of 1811 preserved three early roads—the Bowery, Broadway, and Bloomingdale Road—and called their elongated, irregularly shaped intersection Union Place. (Union refers to the union of these roads.) The site had been a burial ground for indigents, which accounts in part for its preservation. The Bowery runs along the east side of Union Place, and Bloomingdale Road on its west side. Manhattan Bank occupies a well trafficked site, at the top Union Place, where the two old streets converge. Peter Stuyvesant’s property is cut off in the lower right corner and extends along Third Avenue. On the left side, near 17th Street, is a property owned by John Jacob Astor; the new streets would dismember this property.