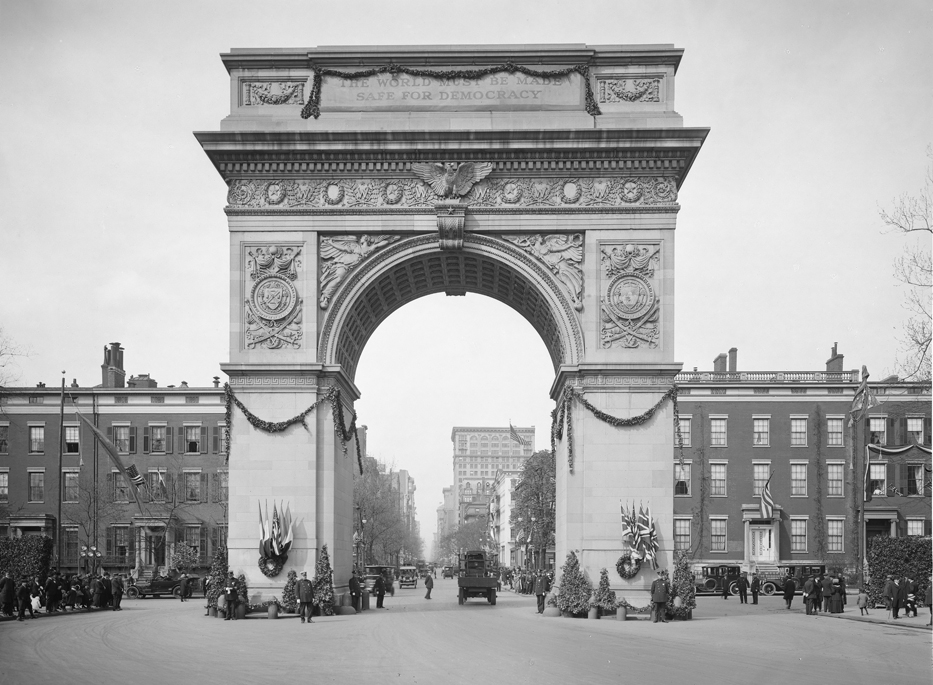 The Washington Square arch, an icon of New York, marks the terminus of Fifth Avenue. In 1889 a temporary plaster and wooden arch was erected over the elegant thoroughfare, just north of its present site, to mark the centennial of George Washington’s inauguration. Designed by Stanford White, the memorial was so well-received that White was commissioned to design a permanent marble structure, placed within the square to avoid the confines of Fifth Avenue. Completed in 1895, the memorial was an Americanized triumphal arch, decorated with stone garlands, wreaths, eagles, statues of Washington, and inscriptions about democracy. Modeled after the Arc de Triomphe in Paris, White’s arch was unique as an object as well as an urban design in New York, acting as both a gateway to the square and a culmination for the vista down Fifth Avenue. This view shows how the memorial arch frames Fifth Avenue when viewed from the south, providing a monumental endpoint to the long boulevard from the north. AR